Deprecated: load_plugin_textdomain was called with an argument that is deprecated since version 2.7.0 with no alternative available. in /var/www/wp-includes/functions.php on line 5007
 Mirror, Mirror - Author Stuart Dybek Reflects on Imagery and Character - Episode 37 - Booth One

Gary and Roscoe have long wanted to get award-winning author Stuart Dybek on the show, and now 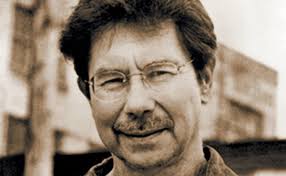 we have! Boy, was it ever worth the wait. Dybek is one of America’s finest writers of literary fiction, particularly the short story form. His work has been said to “move easily between the gritty reality of urban decay, and a magical realm of lyricism and transcendence linked to music, art and religion.” Read this glowing NYT review of his latest work. The reviewer writes that Dybek is “not only our most relevant writer, but maybe our best.”

If you haven’t read any of his work, do yourself a favor and pick up a volume. Here’s his bio.

Our show begins with a remembrance of Muhammad Ali and how boxing imagery appears in some of Stuart’s writing. Ali transcended sport and also his own innate talent and skill to become something more than just a world-class athlete. He was a world-class human being. Read more here.

In 2006, Gary directed a world premiere theatrical adaptation of The Coast of Chicago, a collection of

Stuart’s short stories. Adapted by Laura Eason and presented by Walkabout and Lookingglass Theatre Companies, as well as our very own producer, Stuart reflects on what an exciting experience that was.

Learn why Stuart says, “Music is the defining art for me. Always has been.” and what kind of music he writes to. What profession he might have entered if writing hadn’t been his true calling. How memory, recollection and imagery play parts in his creative process. And the difference between narrative and associative writing.

An avid theatergoer, Dybek loves the risks and real chances that Chicago theater artists take. The city’s long history of developing improvisation as an art form is a big part of that risk taking. Shout outs to friends of the show, Improv Olympic and The Second City. More here. 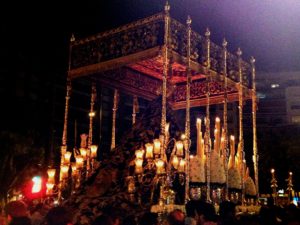 Ever been lost in a big city? Stuart used to get lost in Prague but can’t any longer, to his regret. But he tells a wonderful story of being lost while searching the Michigan woods for mushrooms. Gary relates a tale about getting lost in Seville, Spain, and coming upon a magnificent street ceremony for the Virgin Mary quite by accident. And Roscoe and his family once found themselves disoriented in the Paris Metro.

Dybek cites John Dewey as America’s greatest writer of the 20th century with regard to social issues. Because “we all depend on one another’s choices.” Could that be more topical? Read more about this philosopher, psychologist and educational reformer here.

Stuart loves to write about work and working class characters so we recount our worst jobs -Stuart washed helicopters at Midway and worked on a production line in an ice cream factory. Roscoe toiled summers in his youth in a vegetable canning factory. Gary picked grocery orders in a large and steamy warehouse. What’s your worst work experience?

Finally, we discuss Stuart’s Fabulous Fiction course at Northwestern University. Gary and Roscoe are signing up! Stuart talks about the importance of imagery as a jumping off point to any good story, then tells us about a couple of student stories he particularly likes and that have found publication. He promises to come back and read some of their (and his) works on a future show.

Though Ms. Cole passed in 2010, we thought with her Chicago connection and her involvement in the art of storytelling on the radio, she’d be a fitting conclusion to our conversation with Stuart Dybek. From 1930 to 1940, Shirley Cole lent her high-pitched voice to the spunky, curly-haired Little Orphan Annie, first on WGN and then on national NBC networks. Five days a week she would take the trolley to the radio station for the live broadcast. Imagine! No editing! When Ovaltine (not Shirley’s favorite drink) dropped its sponsorship of the program, Ms. Bell’s acting career came to an end. Shirley Bell Cole was 89. Read full Obituary here. 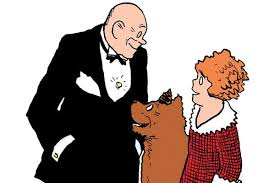