Warning: count(): Parameter must be an array or an object that implements Countable in /var/www/wp-content/themes/maronpro/lib/metaboxes/init.php on line 746
 A Film Report from TIFF – Frank and Dan at the Toronto International Film Festival – Episode 86

Booth One’s Frank Tourangeau and his husband, filmmaker Dan Pal, who serves as Booth One’s film correspondent, have just returned from a trip to the Toronto International Film Festival (TIFF) and have much to report! They have been going to film festivals for many years, including several trips to Telluride, Sundance, Toronto, and our very own Chicago Fest. The Chicago Film Festival is happening from October 10 through October 21 at the AMC River East. They also share secrets about how to have a Booth One experience at a festival!

Let’s cut to the chase. Dan and Frank both LOVED a movie called Roma, written and directed by Alfonso Cuaron, which won the prestigious Golden Lion award at the Venice Film Festival. A story about a domestic worker in Mexico City working for an upper middle-class family, it is said to be the most personal work of Cuaron’s career. And also his best. It has a 98% Rotten Tomatoes rating. Dan, who says it’s the best film he’s seen this year, thinks it is a shoe-in for Best Foreign Film and also has a chance to win Best Picture. The actress playing the housekeeper has never been in a movie before. So many reasons we can’t wait to see it!

Frank and Dan saw 14 films in 5 days. The most thrilling thing for them is getting to see movies before anyone else does. Every director was there and did a Q & A. Lots of big time actors too.

They shared their reviews and impressions about all the movies they saw, including:

Ben is Back, directed by Peter Hedges and starring Julia Roberts & Lucas Hedges.

Vox Lux starring Natalie Portman and Jude Law. (They did not like it.)

If Beale Street Could Talk, based on a James Baldwin novel, adapted and directed by Oscar winner Barry Jenkins, made its world premiere at Toronto. Dan and Frank say it is an absolute stand-out. Very powerful and more dialogue driven than Moonlight. The score by Nicolas Britell is “spectacular!” One of the stars, Chicago actress Kiki Lane, was in Booth One favorite Byhalia, Mississippi and part of the ensemble of Definition Theatre Company. We are so excited for you. Go Kiki, go!

While they weren’t able to score tickets to A Star is Born, here’s a fun photo of the stars in Toronto:

Gary announces that sadly, the wonderful show public access television show, Theater Talk, has ended after 25 years. Because its station wanted to take over editorial control. 🙁 And just after it won an Emmy award! Everyone who’s anyone has appeared on Susan Haskins‘ great interview show, which we think has a lot in common with Booth One. Its last season was distributed to more than a hundred public television stations nationwide. Gary talks about an episode featuring James Grissom, an author who has written a great book called Follies of God: Tennessee Williams and the Women of the Fog, which is based on his many, many hours of conversation with the playwright about his close relationships with a number of women who influenced him.

Other films that are discussed in this episode:

The Front Runner with Hugh Jackman as politician Gary Hart

Gary and Frank attended opening night of Indecent at Victory Gardens Theatre, the Paula Vogal play with music, directed by local favorite Gary Griffin. Though they had a few reservations about the production, it’s recommended as a piece of theatrical ingenuity and depth. And the Running now through November 4.

Kiss of Death
Andre Blay, who revolutionized the film industry by introducing the first consumer grade full-length movies on videocassette. His Magnetic Video Corporation created the Video Club of America where subscribers could buy a movie for about half the going retail price in stores. By 1987, home video was generating more revenue than movie-theater ticket sales. Mr. Blay was 81. Full Obit here. 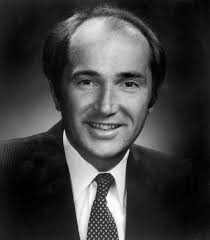