Warning: count(): Parameter must be an array or an object that implements Countable in /var/www/wp-content/themes/maronpro/lib/metaboxes/init.php on line 746
 Sister Helen Prejean – Episode 31

An Exclusive Interview with Sister Helen Prejean is the

Topic of our Booth One Podcast this Week.

Sister Helen is in town in support of the Quality of Mercy Project, a three-month public programming initiative examining the complex issues that arise from the production of Dead Man Walking: forgiveness, compassion, the death penalty, mass incarceration, racial inequality, and social injustice. We are pleased she agreed to spend some time talking to us in our studio. Read more here. 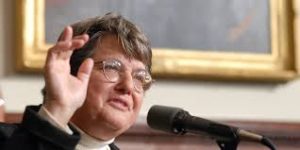 Sister Helen Prejean (born in Baton Rouge, LA) is a Roman Catholic nun, a member of the Congregation of St. Joseph and a leading American advocate for the abolition of the death penalty.
Her efforts began in New Orleans, Louisiana. In 1982 a friend asked her to correspond with convicted murderer Elmo Patrick Sonnier, located in the Louisiana State Penitentiary. Sonnier was sentenced to death by electrocution. She visited Sonnier in prison and agreed to be his spiritual adviser in the months leading up to his execution. The experience gave Prejean greater insight into the process involved in executions, and she began speaking out against capital punishment.

Prejean has since ministered to many other inmates on death row and witnessed several more executions.

Her subsequent book Dead Man Walking, a biographical account of her relationship with Sonnier and other inmates on death row, served as the basis for a feature film, an opera, and a play. In the film, Sister Helen was portrayed by Susan Sarandon, who won an Academy Award for her performance. Also starring Sean Penn. 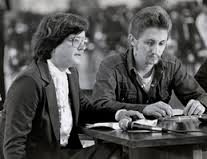 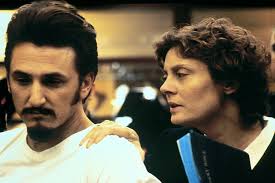 Although Prejean herself was uncredited, she made a minor cameo as a woman in a candlelit vigil scene outside Louisiana State Penitentiary.

Prejean’s second book, The Death of Innocents: An Eyewitness Account of Wrongful Executions read more here was published in December 2004. In it, she tells the story of two men whom she accompanied to their executions. She believes that both men were innocent. The book also examines the recent history of death penalty decisions. Here is an important one: Glossip v Gross.

In this episode we learn more about Sister Helen’s extraordinary efforts in this cause and a few things about the remarkable person who is Sister Helen as well.

Joining us in the studio is Leslie Brown, the Executive Director of the Piven Theatre Workshop right here in Evanston, IL, where a production of Dead Man Walking is being presented from April 16 – May 15, 2016.

We hope you find our interview informative, thought-provoking and enjoyable. Sister Helen is truly a force of nature! 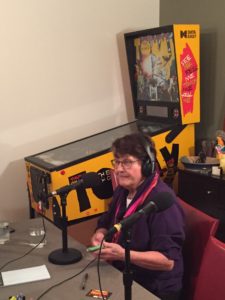 The quality of mercy is not strain’d,

It droppeth as the gentle rain from heaven

Upon the place beneath: it is twice blest;

It blesseth him that gives and him that takes:

‘Tis mightiest in the mightiest: it becomes

The throned monarch better than his crown;

His sceptre shows the force of temporal power,

The attribute to awe and majesty.