Warning: count(): Parameter must be an array or an object that implements Countable in /var/www/wp-content/themes/maronpro/lib/metaboxes/init.php on line 746
 Hear About the “Headless Body in Topless Bar” – Episode 8

Gary and Roscoe announce their upcoming appearances at the 35th Annual Taste Of Chicago on July 8 & 10. See the complete Taste Daily Schedule here.

The Northwest Chicago Film Society has a new home and announces their 2015 line-up of films, from Technicolor to 80’s realism. Read more

The Tony Awards are over and we recap the 69th annual awards show. The Tonys

In our Cultural Update segment, Gary and Roscoe review the Theo Ubique production of A Marvin Hamlish Songbook <Hamlish bio>.  And take a trip to Chicago Shakespeare Theatre to hear about their new original musical Sense and Sensibility. Read more

A moment of silence for screen legend Christopher Lee and actor Ron Moody, the definitive Fagin in Oliver! on stage and film. 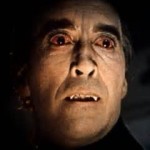 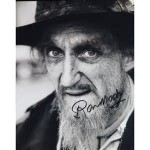 Vincent Musetto – NY Post Editor who wrote the most anatomically evocative headline in the history of American journalism.