Warning: count(): Parameter must be an array or an object that implements Countable in /var/www/wp-content/themes/maronpro/lib/metaboxes/init.php on line 746
 Talk about Southern Charm – Brilliant Director & Actress Cecelia Wingate – Episode 83 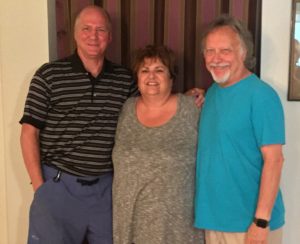 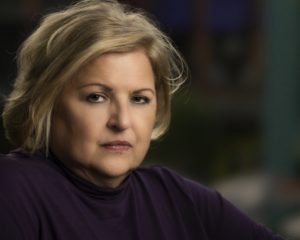 We welcome the remarkably talented actress and stage director Cecelia Wingate to Booth One this week. Hailing from Memphis, TN, Cecelia is a driving force in the vibrant theater scene there. Gary recalls seeing her breathtaking performance in Chicago in the marvelous new play by Evan Linder Byhalia, Mississippi directed by Tyrone Phillips a couple of seasons ago, a performance for which Cecelia won a Joseph Jefferson Award for Best Supporting Actress. Here is a photo from the triumphant opening night at Steppenwolf, which we were so lucky to get to be part of. 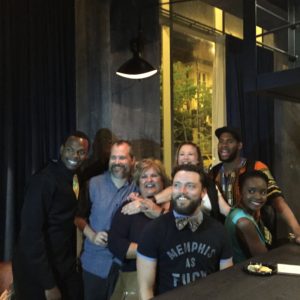 Cecelia recounts her upbringing in the South, from Georgia to Mississippi to Tennessee. Frank and Gary comment on her smooth and sexy southern drawl, an accent that Americans find the most appealing, according to a YouGov Poll.

In aquatic news this week, a trio of thieves pulled off a “shark-napping” at a Texas aquarium by 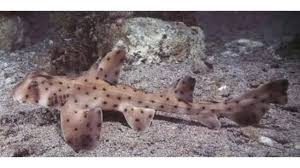 disguising the stolen horn shark as a baby and wheeling it out in a stroller. Known as Miss Helen, the relatively harmless 1.5 foot creature was eventually found in a mock-up aquarium in a local garage and returned unharmed to her home tank. The two men and one woman heist-ers are being held on charges of theft in a San Antonio jail.

Before her tremendously successful career as a director took off, Cecelia was the founder and one of four lead singers in

a band called The Bouffants for 21 years. The “Premier Party Band of the South”, the group has played throughout the United States, including New York, Chicago, Atlanta and Minneapolis. The troupe started out as a girl-group cover band but has since added R&B, Motown and classic Rock & Roll to their repertoire. There’s no current plan for a reunion of the original members, but Cecelia won’t rule out a comeback should the circumstances arise.

We give a shout out to our friend Christine McHugh, who will perform her one-woman show Parents Must Be Dead at the Greenhouse Theater Center, Chicago, on Thursday, August 30. When her parents died within three years of each other she thought she had weathered this milestone life passage as an adult with some measure of ease and grace. Little did she know that the death of parents comes in many forms and with many reverberations. Some of them seismic. In her solo show, Christine explores this landscape that all of us will eventually navigate with raw humor and tender vulnerability. Click here for tickets and information.

Cecelia’s Porch is a Memphis institution, where creative types and artists gather for informal dialogue, exchange of ideas and just plain fun. Open 365 days a year, it’s a come-as-you-are drop-in destination. BYOB and food but be prepared for anything to happen, including singalongs with the neighbors. Gary, Frank, and Betsy are considering a field trip to Memphis to check out this Bloomsbury Group of the South.

The boys and Cecelia play a few rounds of Chat Pack, where we learn about the things that make them happiest, and what they’d like to have delivered to their homes each morning.

Listeners are reminded that for a donation of $100 or more to the Booth One non-profit in support of fascinating guests and scintillating conversation, legendary journalist and radio host Rick Kogan (Episode 82 guest) will provide an autographed copy of his true-crime book Everybody Pays. Just click the “Donate” button on our website for a quick and easy contribution. Thank you to those of you who have already donated. Your book is on the way!And it’s a thriller.

Kathy Kriger – ‘Madame Rick’ at her Casablanca Cafe
During her stint with the American Diplomatic Service, Ms. Kriger found that Rick’s Cafe, the cinematic gin joint from the 1942 movie Casablanca, did not actually exist. So she opened her own Rick’s Cafe in a converted house in Casablanca’s old city, creating “a sanctuary of tolerance,” which she felt the cinematic night club represented. Ms. Kriger said that Rick’s had been good for her. “With Rick looking over my shoulder, I found myself.” Kathy Kriger was 72. Read Rod Nordland’s obituary here. 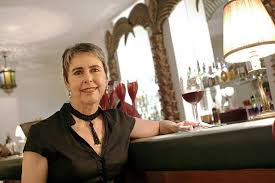