Warning: count(): Parameter must be an array or an object that implements Countable in /var/www/wp-content/themes/maronpro/lib/metaboxes/init.php on line 746
 The Max & Tony Fitzpatrick Show- Episode 80 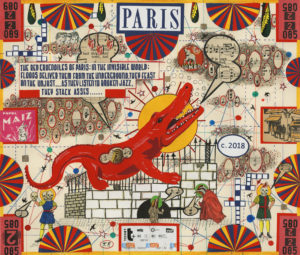 Today we welcome to the Booth acclaimed artist, author, and actor Tony Fitzpatrick, and his son and podcast partner, Max. They are quite a team. Max also manages Adventureland Gallery at 1513 N. Western. Where there is great art and free beer!

Tony’s stunning drawing collages can be found in museums such as MOMA and Chicago’s MCA, along with a lot of private collections. He has also done cover art for many musicians, including friend of the show Steve Earle, jazz saxaphonist Frank Catalano, Ike Reilly and Sarah Borges. Tony has amazing taste in music, so check out these brilliant artists.

In 2009, New City magazine named Tony Fitzpatrick the “best iconic Chicago personality now that Studs Terkel is gone.” That is quite an honor and we agree.

Tony and his son are now producing a great podcast called The Max & Tony Show. Tony has lots of 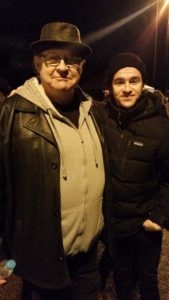 radio experience from doing a show on the Loop and Max brings a lot to the table as a younger actor and producer. They have amazing friends who often appear on the show. Check it out. We talk about all the opportunities we now have in the very personal medium of podcasting.

Tony is hilarious making fun of us who are Cubs fans for bringing up our world series win every chance we get. He is a long time White Sox fan.

Steven Conrad, creator of the television show Patriot, tapped Tony to play a wonderful character named Jack Birdbath. Not only is it an amazing show, but Max and Tony describe a creative process that sounds like a dream come true. AND…they filmed season two in Paris! Max was able to be on set every day and get a “master class in acting for camera.” Not too shabby. Check out season 2 in the fall.

Tony can do it all. When Gary asked him about that he said, “I’ve always found that the best respite from one creative pursuit is another one. Which is why I’ve always written poetry….A good, nimble, and limber way to keep yourself engaged creatively all the time.”

Tony recently published Dime Stories, a collection of columns and drawings he did for New City. He reads the first piece, about bird watchers, for us. What a treat! How about this description from the great Chicago filmmaker, Andrew Davis:

“This brilliant view into the wild world of Tony Fitzpatrick will move you. His art is astounding and relevant, his writing gutsy, funny, and unafraid. In the tradition of the the great Chicago and Illinois icons—Terkel, Twain, Royko, and Sandberg—Tony Fitzpatrick takes on the phonies and con men and elevates the humanity in us all. From beautiful birds to bar room brawls, Dime Stories exemplifies the work of a true renaissance man. Grab this book and cherish it.”
—Andrew Davis, director of The Fugitive, Code of Silence, and Holes

Gary mentions Tony’s prescient column about Donald “Chump,” written in 2014. Another good one to check out.

Have you heard about the League of Kitchens? They are cooking workshops led by immigrants in their homes. An immersive experience. You leave with a booklet of their family recipes and a shopping guide. What could be better?

Max, who is the manager of Adventurleand, talks about the joy he feels making things happen for artists.

Tony tells us about creating posters as part of his activism, the most recent for the women’s refugee project. “The most potent thing I can do with my particular skill set.” We appreciate this so much, Tony!

Michele and Tony’s daughter Gaby is living in Greece, receiving and helping rafts of refugees from Syria. What a family.

Gary celebrates the life of Bill Gold who designed more than 2000 movie posters. Read his amazing legacy here. What a legend! 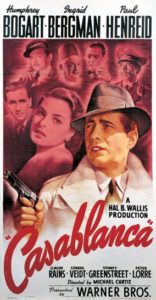 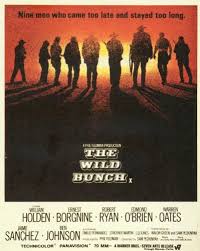