Deprecated: load_plugin_textdomain was called with an argument that is deprecated since version 2.7.0 with no alternative available. in /var/www/wp-includes/functions.php on line 5007
 Fabulous Fiction - with Writer and Teacher Stuart Dybek - Episode 75 - Booth One 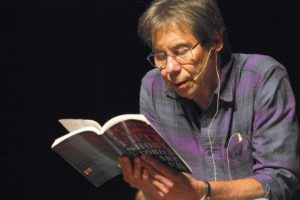 Booth One proudly welcomes back to the program writer and teacher Stuart Dybek. Stuart previously appeared on Episode 37, where he spoke about the art of the short story and his approach and inspirations for writing fiction and poetry. During that podcast, Stuart referenced a number of notable stories that have come out of his Northwestern University undergraduate writing course called “Fabulous Fiction.” Here is the NU course description:

Course Description: Fabulous Fiction focuses on writing that departs from realism. Often the subject matter of such writing explores states of mind that are referred to as non-ordinary reality. A wide variety of genres and sub-genres fall under this heading: fabulism, myth, fairy tales, fantasy, science fiction, speculative fiction, horror, the grotesque, the supernatural, surrealism, etc. The aim in 307 is to discern and employ writing techniques that overarch these various genres, to study the subject through doing—by writing your own fabulist stories. Many of these genres overlap. For instance, they are all rooted in the tale, a kind of story that goes back to primitive sources. They all speculate: they ask the question, What If? They all are stories that demand invention, which, along with the word transformation, will be a key term in the course. The invention might be a monster, a method of time travel, an alien world, etc., but with rare exceptions the story will demand an invention and that invention will often also be the central image of the story. In discussing how these stories work we will also be learning some of the most basic, primitive moves in storytelling. To get you going I will be bringing in exercises that employ fabulist techniques and hopefully will promote stories. These time-tested techniques will be your entrances—your rabbit holes and magic doorways—into the figurative. You will be asked to keep a dream journal, which will serve as basis for one of the exercises. Besides the exercises, two full-length stories will be required, as well as written critiques of one another’s work. Because we all serve to make up an audience for the writer, attendance is mandatory.

This time, Stuart has brought two short stories written by Fabulous Fictions students – “Come Up Here” by Rex Shannon and “Mirror” by Katilin Jennrich – and we offer the rare and thrilling treat of having Stuart reading these works during the episode.

First, though, we discuss Frank’s recent trip to downstate Illinois where he judged the State Drama Finals in Peoria. While there at the Civic Center, Frank stumbled upon the National Alpaca Show presented by the Alpaca Owners Association. After spending time among these furry animals, Frank is now somewhat of an expert in types and breeds. No souvenirs were brought back, but Frank does have a new-found appreciation for these warm and fuzzy creatures.

Gary is happy to say that the National Endowment for the Arts and the National Endowment for the Humanities have been refunded by Congress, despite the efforts of the Trump White House to gut these cultural organizations, which as Stuart says are critical to our humanity. Both endowments saw a slight increase of about $3 million dollars in their funding levels, to about $153 million dollars each for the fiscal year. Great news indeed for these necessary and vital organizations and the art institutions they support. Read more about this story here.

Stuart discusses in detail some of the key tenets of his course, including the universal themes of fairy tales along with the use of  magic objects and magic portal concept. He tells us that the active use of “symbolism” be restricted to the reader, not the writer.

Stuart believes reading is a separate and equally important art form from writing. As in Episode 37, Stuart talks about “transformation” being a key term in his course and how it is the cornestone of fiction writing. (These notes do not do justice to his eloquent discourse on writing and teaching.)

One of his favorite and most influential films is Chris Marker’s La Jetee, a 1962 French film that is constructed almost entirely from still photos, and tells the story of a post-nuclear war experiment in time travel. It is 28 minutes long and shot in black and white. Stuart tells us that the dystopian themes in today’s television, movies and fiction are highly inspirational to a whole generation of young writers today, and that the post-apocalyptic genre has influenced their writing and cultural references.

Stuart asks his students to keep dream journals, which leads to a lively discussion of our most memorable dreams. Gary once dreamed that he had written the “perfect” musical and it was fully imagined in his dream. However, upon waking, the vision vanished and now is only a vague notion. It pays to write this stuff down! Stuart sometimes dreams that he speaks a foreign language fluently. 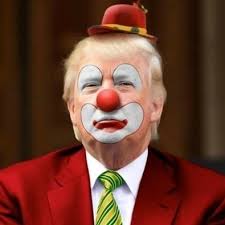 Gary reports on what at terrible time in history it is to be a clown, having witnessed the shuttering of the Ringling Bros. Circus, the layoffs of regional Ronald McDonalds, and the decades of portrayals of depressed, malevolent and crazed clowns in movies, on TV and in real life(see photo!). However, at the recent World Clown Association convention in Minneapolis, 240 entertainers gathered to celebrate their craft and consider the future of clown-dom. Ultimately, they’ve decided that clowning will survive, as there’s something int he human spirit that wants to make people laugh and be happy. So go hug a clown today and don’t let this ancient art form drift away.

From the early 50s, Audrey Morris’ delicate piano and forceful voice was an asset to any intimate Chicago club, bucking the current taste for bawdy chanteuses and cultivating a repertoire of obsure, understated material. Morris’ devotion to the essence of a song won her the admiration of artists more celebrated than she. Morris came of age in an era when jazz performance and classic songwriting were ubiquitous in popular culture. The introspective, somewhat melancholy quality of Morris’ work, as well as her movie star good looks, worked to her advantage, drawing audiences to her mystique. The extraordinary subtlety of her vocals, sophistication of her pianism and worldly wise manner of her delivery made her a subject of fascination to visiting jazz stars. She gave her last public performance in April 2017, in an Orchestra Hall tribute to Oscar Peterson. Audrey Morris was 89. Read Howard Reich’s full tribute article here. 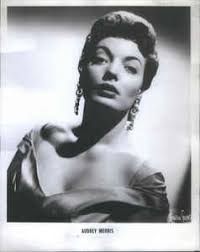 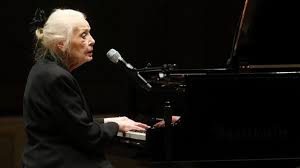