Warning: count(): Parameter must be an array or an object that implements Countable in /var/www/wp-content/themes/maronpro/lib/metaboxes/init.php on line 746
 Heart and Soul – Musician & Actor Robert Cornelius – Episode 67 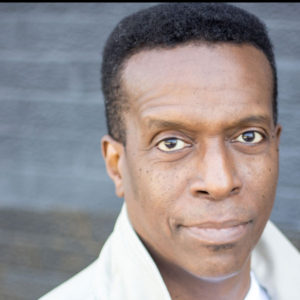 Our guest in the Booth this week is the multi-talented Robert Cornelius. Singer, Actor, Songwriter, Band Leader, Educator, Activist, and Writer – he excels at them all! And…we learn that he can design and construct costumes as well. A long-time friend of the show, we were finally able to work it out with his busy schedule to have him on.

Robert grew up on the South Side and studied theatre and psychology at Western Illinois University. When he came back to Chicago, he got cast in Rosencrantz & Gildernstern Are Dead at Stage Left. He quickly became a company member. Other highlights of his career include acting and designing costumes for A Member of the Wedding (also at Stage Left), and playing the lead in Blues for an Alabama Sky by Pearl Cleage at Madison Rep.

Robert is also a successful musician, whose “unattainable goal” when he was young was to become a backup singer. When Poi Dog Pondering’s band leader Frank Orall met Robert when both were performing in Brigid Murphy’s Milly’s Orchid Show, Frank asked him to come sing a couple of lines for a Poi Dog recording.

Soon after, he was asked to join the group for a show outside of the Field Museum in Chicag 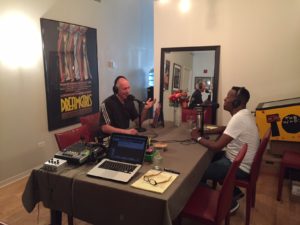 o. There were 10,000 people in attendance! Later he went on tour with the band for several years. Robert is still a proud member of the Poi Dog Pondering collective. They’ll be performing five shows this December at City Winery in Chicago. Their live shows are joyous and not to be missed! On this episode, you’ll hear a couple of short clips from one of Poi Dog Pondering’s great albums, Pomegranate.

Robert is the founder and leader of the musical group RC7, which started as a Soul and R & B cover band. Later, Robert started writing songs and they’ve produced a CD called To Your Soul. Both Poi Dog Pondering and RC7 have performed marvelous outdoor free shows at Petrillo Music Shell and at the Pritzker Pavilion in Millennium Park, one with the Grant Park Music Festival’s sublime orchestra.

The great Don Cornelius, creator of Soul Train, was Robert’s uncle. Robert and a friend won one of the

weekly dance contests with a cash prize, but he had to give it back because it was his uncle’s show. Still he earned a place as a regular (unpaid) dancer for 2 1/2 years. The legend King of Soul Sam Cooke was married to Robert’s dad’s step sister. So being around huge talent and fame was par for the course when he was growing up.

Director of Arts Education for Victory Gardens Theater, Robert and his staff go into the Chicago Public Schools to bring theatre training and fun to 600 kids a year! Gary and Robert talk about Victory Garden’s magnificent production of Tony Award winning musical, Fun Home, running through November 19. Watch a great short video that introduces you to some of the staff and advisors to VG here. 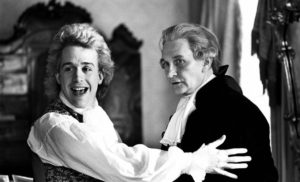 Roy Dotrice, who started acting when he was a POW in World War II, has an amazing story. After the war, he performed in hundreds of productions. He did audio book narration and was perhaps best known for his one-man shows, holding the Guinness Record for most non-consecutive performances (1,782) for Brief Lives, about John Aubrey until Hal Holbrook eventually beat that number with his portrayal of Mark Twain. Dotrice became part of the precursor to the Royal Shakespeare Company, and introduced baseball to his fellow actors. You won’t BELIEVE the team he fielded. Mr. Dotrice was 94.