Warning: count(): Parameter must be an array or an object that implements Countable in /var/www/wp-content/themes/maronpro/lib/metaboxes/init.php on line 746
 Chatting with Chita – Rivera, that is! – Episode 32

Yes, Chita Rivera! Roscoe and Gary sit down with the musical theatre legend in her room at the Carlyle Hotel for an intimate chat about dance, her career, Kander & Ebb, and a host of other engaging topics.

The two-time Tony Award winner – for The Rink and Kiss of the Spider Woman – has been nominated a record 10 times for that prestigious award. A native of Washington, DC, Chita began her professional life as a dancer with George Balanchine’s School of American Ballet. In 1951, she was cast in her first theatrical role in the touring company of Call Me Madam. Chita was 17. She subsequently landed roles in the Broadway productions of Guys and Dolls, Can-Can, Seventh Heaven and Mr. Wonderful starring Sammy Davis Jr. 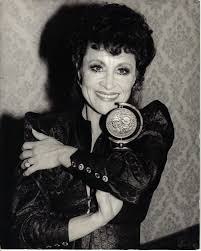 ved Broadway stardom with her electric performance of Anita in the original Broadway presentation of West Side Story, directed and choreographed by Jerome Robbins. Other important Broadway roles were in Bye Bye Birdie, Chicago, Jerry’s Girls, Nine, The Visit, and Chita Rivera: A Dancer’s Life. In 2002, Chita became the first Hispanic woman ever chosen to receive the coveted Kennedy Center Honor. And in 2009, President Barack Obama awarded her the Presidential Medal of Freedom. Visit her website at www.chitarivera.com. Learn more about Chita’s amazing career here.

A great interview with a great lady! Huge special thanks to Robbie and Rosie!!! 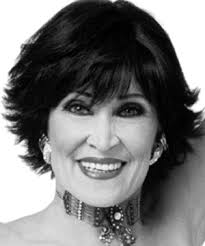 o snag two tickets to see…..yes, Hamilton!! Don’t ask how, it’s a long story. Involving Gary’s past life as a Broadway stage manager. Suffice it to say they were wowed beyond belief by their luck, and agree that’s it’s a good as everyone says. Gary says you will never see a better musical. Roscoe praises the genius of Lin-Manuel Miranda and the seamless integration of music, lyrics, dance, lighting, sound and scenic design. You owe it to yourself to see this show no matter what it takes! Check out Hamilton’s website.

Kiss of Death – Joe Patten, Known as the “Phantom of the Fox”. For more than 50 years, Mr. Patten worked tirelessly to restore and maintain Atlanta’s historic Fox Theater. From saving the massive pipe organ (lovingly called “Mighty Mo” by Atlantans) to rescuing the theater itself from the wrecking ball, Joe became as revered a fixture of the city’s cultural life as the theater itself. For decades, Mr. Patten lived in a 3,640-square-foot apartment under the theater’s dome, reached by climbing a “cinematically appropriate 39 steps.” Our favorite obit writer, Margalit Fox of the New York Times, beautifully chronicles the extraordinary life of this supremely gifted man. Read her full obituary in the New York Times. 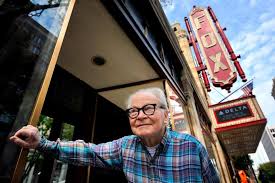 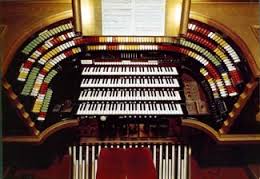